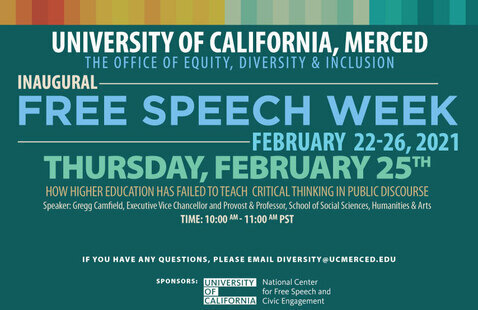 How Higher Education has Failed to Teach Critical Thinking in Public Discourse with Gregg Camfield, Executive Vice Chancellor and Provost

America has a democracy deficit, which shows most frequently in a debased public discourse.  It’s easy to blame this deterioration of public discourse on ignorance, yet the number of highly educated people using the tools of critical thinking to mount attacks on the “other side” while ignoring weaknesses in their own positions suggests the cause is much deeper.  I believe our political discourse has become debased not in spite of higher education, but partly because of it.  In explaining how we have inadvertently contributed to motivated reasoning, I will offer an alternative educational approach designed to help our students become capable of critical reflection as well as critical attack.

(RSVP is required for this event)